Showing posts from October, 2013
Show All

By José-Manuel Martin Coronado - October 07, 2013
ABSTRACT : " In mainstream economics individuals are supposed to be driven only by theirself-interest. By contrast, surveys clearly show that people do care about fairness in their demand for redistribution. In this article, in the spirit of the " new synthesis " in moral psychology (Haidt, 2007: The new synthesis in moral psychology ) the author proposes to modelize the voting behavior over redistribution as the interaction between (a) an automatic cognitive process which quickly generates intuitions on the fair level of redistribution, (b) a rational self-oriented reasoning which controls the feeling of guilt associated with fair intuitions. In addition, considering that guilt aversion depends on the cultural context, the author shows that the model exhibits a multiplicity of history-dependent steady states which may account for the huge difference of redistribution observed between Europe and the United States." ( Read More ) COMMENTS: A very useful paper for civ
Post a Comment
<<<< Leer más / Read more >>>> 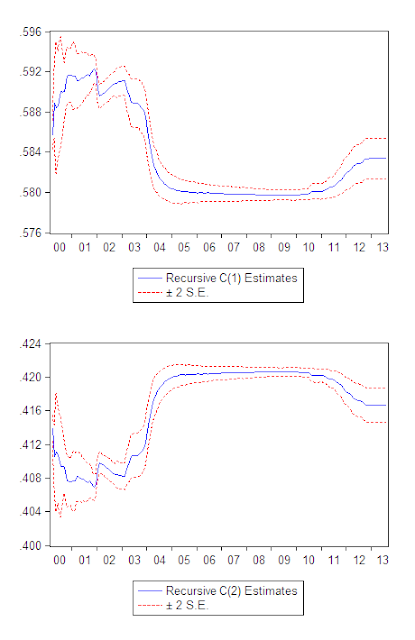 Datos personales / About me